Electrical power and your camper… 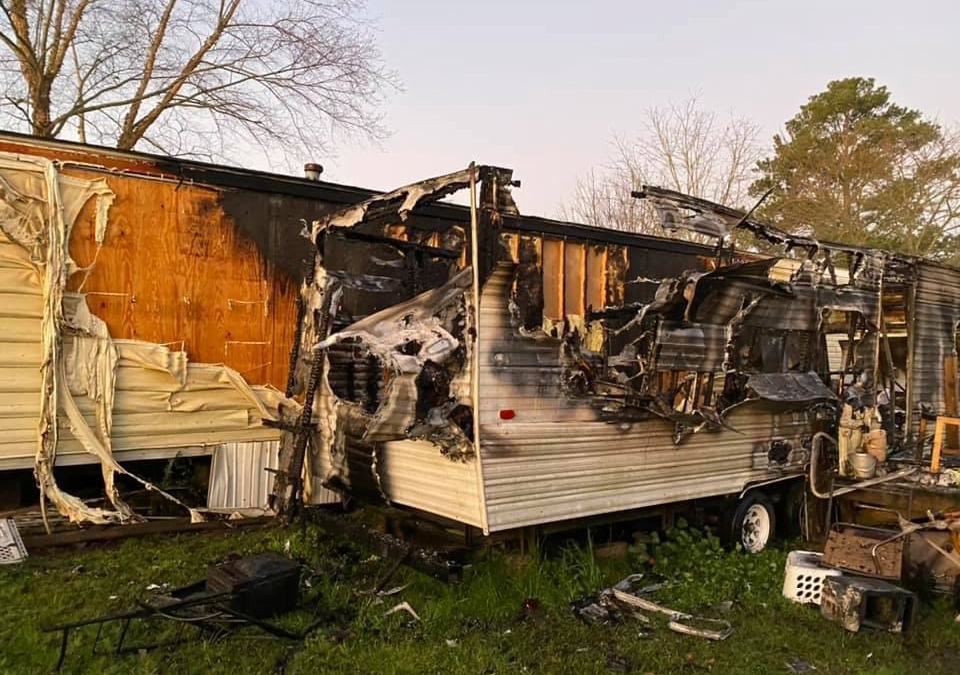 “Can I plug my heater in there?”

I get this question all the time, and the answer will be “Well, it depends on what else you have plugged in!” Often times we treat the 120V electrical system in our camper as if we are in a house, however, this can be a critical mistake! Recently I saw a post on a Facebook group about how a motor home had a fire start in an outlet and they were lucky to put it out. This is an understatement to say the least!

It is estimated that a camper can burn to the ground in about 10 minutes! That’s about the time it takes to fold a load of laundry, prepare lunch, get a speeding ticket, or listen to ‘Stairway To Heaven’. That is less time than most of us spend in the shower each morning! Unless you’re my wife, I think it takes her that long to just wash her hair!

Lets think about a couple things. First, a quick Google search shows that there are somewhere around 20,000 fires in RV’s each year according to the National Park Service, and of these roughly 35% are due to electrical issues. How can we take steps to protect ourselves? The answer is fairly simple. With a little knowledge we can save a lot of pain and frustration! We first need to identify which breakers go to which outlets. Once we know this we need to identify how many amps the circuit is rated for, as well as the plug.

Let’s suppose that we have 2 circuits that feed outlets in a camper, one marked GEN (general) one marked GFCI (ground fault circuit interrupter) both of these are 15 amps. We note that the bathroom outlet and the kitchen counter outlets are on the GFCI circuit and the outlets in the slide room, bedroom and living room are on the general circuit. Your amp draw on these circuits should not exceed 15 amps each at any given time.

Right now someone is reading this saying, “Well this is a bunch of malarkey! I run everything I use on the same circuit all the time!” This may be the case and a 15 amp breaker may be able to handle 20-25 amps… but can your outlets?

Outlets are where many times I see issues with the electrical systems in an RV. When we draw more power than the outlets themselves are rated for (most camper outlets are 15 amps) we actually create heat in the outlet. With an RV outlet, this starts to melt it right next to the thin wallboard and in the wall insulation. Each time these materials are heated, their flash point is reduced, eventually allowing them to start on fire.

Now lets look at some common appliances we use in campers today and the amp draw these may have; 8 amps for my coffee maker, my toaster draws 10 amps, my wife’s blow dryer adds on 15 amps and our Edenpur heater 12.5 amps. So if we ran all of these items at the same time we are looking at 45.5 amps, all these combined are obviously more than a 30 amp service should support and this doesn’t even include the converter, fridge or microwave running. To reduce the potential risk of fire, we must be aware of what all we have running at the same time. Note: To find your amp draw locate the data tag and take the Power(watts) divided by Volts (standard is 120V). This will give you your amp draw.

So we have gone over some important things here, and hopefully we have given you some valuable information. If I could stress one thing it is: Be aware of how much you are plugging in. Some simple math can save a life! When it comes to our electrical system, just because the breaker doesn’t trip doesn’t mean we should plug something in there. We always need to consider the amp draw, and what other items are plugged in, on the same circuit along the way that are also drawing amperage.- Bill